We went to Bamboo Underwear’s pop-up store located at the Rockland Center and gathered all the information on this local brand while talking with co-founders Élisabeth Rioux and Mathieu Landry-Girouard.

Bamboo Underwear is the brand that everyone talks about. The business entrepreneurs behind this project are Mathieu Landry-Girouard, Philippe Ouellet-Thivierge, Jules Marcoux and no other than Hoaka Swimwear’s founder, Élisabeth Rioux. Bamboo is known for its ecommerce even if they started opening pop-up stores like the one in Rockland Center a few days ago. Their products are available both for men and women, and even if the brand is specialised in underwears, we think it will diverse its offer because they launched a legging that is nearly out of stock !

The following analysis is shared with you to show you the environmental and ethical pros and cons of choosing the brand. Bamboo Underwear does not present itself as an 100% ecological brand and has been extremely transparent with us. The underwear is made of 95% bamboo viscose and 5% spandex. The fabric is bought in China, and the goods are produced in Bangladesh. Here are the advantages and disadvantages of buying these underwear:

Bamboo fiber, produced without chemical agents and also called “linen bamboo”, should not be confused with the synthetic fabric called rayon, viscose or modal bamboo. The second type of fiber is made from bamboo cellulose (present in plant pulp), but is synthesized by a manufacturing process that includes the use of polluting chemicals.

However, the use of bamboo viscose remains a good initiative compared to non-organic cotton. Indeed, bamboo is an extremely renewable natural resource and its cultivation uses less water, pesticides and fertilizers. In addition, its dyeing process is less exhaustive because of the high absorption of the fiber. This fabric is appreciated by many for its softness, elasticity and hypoallergenic properties.

So we can conclude by admitting that Bamboo Underwear is not perfect, but still far better than some companies who don’t make environmental efforts at all. In addition, we discussed with Mr. Landry-Girouard, who explained that following the protests and strikes of employees in Bangladesh, giving birth of Fashion Revolution, Bamboo who owns a factory in this country have made the decision to offer workers a higher salary than the one imposed by the Bangladeshi government.

“Phil is one of the partners who owns the factory. He ensures that all conditions are Canadian working conditions. They all want to work for Bamboo over there. He’s there a week a month, which is a lot, so we really have a lot of control.” – Élisabeth Rioux

We believe that the ethical solution does not reside in perfection, but in the invidual efforts of each one that follows its ethical recipe. This is why Shades of Green Magazine would like to highlight the brand’s boldness regarding its ethical efforts.

We Discuss with Élisabeth Rioux, Co-founder at Bamboo Underwear and Hoaka Swimwear

You kept your participation in the foundation of the brand as a secret at the launch of it. You’ve probably already been asked why, but could you define in your words why you made that decision?

“Hoaka was really related to me and I had a hard year. At the time I didn’t know if I wanted to completely remove myself from social medias et I didn’t want to put the brand under my name, finally decide to get out of social medias and that people wouldn’t know how to react. I also really wanted to prove that you don’t need a big name to build something big. So it started from there.”

Do you think your association to the brand a good thing now that everyone knows that you are a co-founder?

“I’ve taken my decision and I didn’t want to remove myself [from social medias]. I was feeling great about it. It had been a bit of time since I was with Bamboo. So it had been the announcement to push it a bit further. At the same time, I also think it teased people. They saw Bamboo a bit over my Instagram, but they didn’t know where it came from and it has been a surprise for them.”

Do you consider that there is a company that is more important to you?
“I would surely say that both of them are equal, but I always have my baby, which is Hoaka, my first company. It seems like I have more memories of me starting from scratch and doing a 100 percent alone. I also think Bamboo is important to me, but I have partners and people who help me with this. We’re a beautiful team. I wouldn’t say that I like one more than the other, but on the side of memories and nostalgia, Hoaka is my first company which I own alone and Bamboo is a partnership”

What could you tell us on an environmental level? Did you choose bamboo viscose for ecological reasons?
“It was mostly for comfort. It is a fabric that is really in demand now. I think bamboo is the best fabric for underwear. It’s well known.”

The brand is already working on the creation of new designs and colors for the opening of its next pop-up store in Canada! In the meantime, you can get their products on their website. They are delivered for free in Canada (http://www.bamboounderwear.com)! Plus, March Madness is on, so you can spin the electronic roulette for a chance to get good discounts! 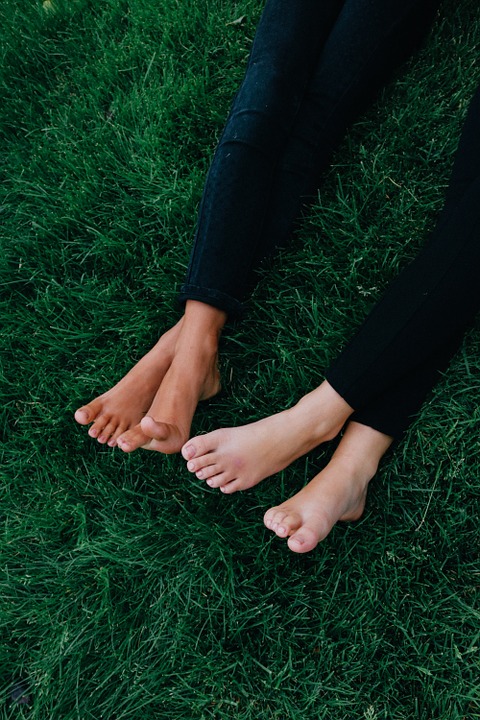